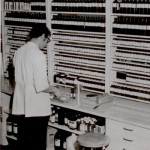 The history of pharmaceutical compounding goes back a long way, dating back to the beginning of time. In fact, the earliest known drugstore was discovered to be in Baghdad in the year 754 A.D., and yes, that drugstore made use of compounding, as well as alchemy. In medieval times compounding continued, with male and female priests creating specific concoctions to administer to sick individuals in their communities. Religion and spiritual beliefs were often intertwined with pharmaceutical compounding during these times, and even today many cultures still believe in the combination of faith and medicine as effective methods of healing.

Until the middle of the 19th century most pharmacists were responsible for not only the compounding of prescription and non-prescription medications, but the distribution and sale of them. Many pharmacists also assisted or even acted in place of physicians in helping injured and ill patients. But finally the distinction between a pharmacist’s responsibilities and a physician’s responsibilities was clearly made, and from then on pharmacists have stuck with what they know best: the compounding and improvement of medication.

Today pharmacists in a Miami compounding pharmacy or any other pharmacy strictly handle the dispensing of medication, but a strong education in medical and science backgrounds is beneficial, since pharmacists often feel morally responsible, and/or are held responsible by their employers, to make sure that the medications they dispense to consumers are safe and will not interact with any other medications or dietary items their patients may currently be prescribed or consuming. Additionally, in order to become a licensed pharmacist, you must first complete high school or have an equivalent degree, and then attend college and graduate with a doctorate of pharmacy degree (also known as a PharmD). Undergraduate course work and interning are both strongly recommended in order to gain valuable knowledge and experience from being hands-on with medications and the pharmaceutical processes. An internship at a Miami pharmacy would be a great notch on the pharmaceutical student’s belt, and would offer the opportunity to even practice compounding in Miami.

Despite the large role technology and manufacturers play in the development and production of medicine, many pharmacists continue to work with physicians and researchers to come up with improved or entirely new medicinal compounds by practicing compounding in Miami. In many cases, food allergens, environmental allergens, or chemical-induced behavioral issues are of significant concern, and so many pharmacists work diligently at creating specific compounds that are tailored to meet the needs of patients, without causing any interactions or other detrimental effects.

View all articles by popadmin

Keep in touch to receive our latest news and promotions.